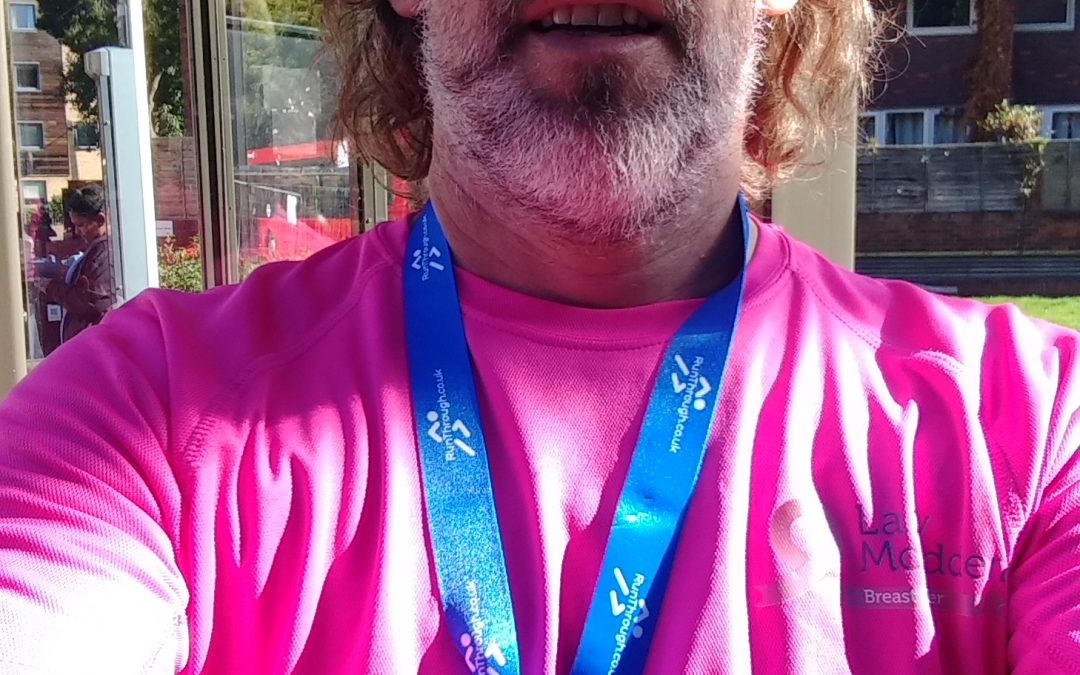 Robert has signed up to run four half marathons in just two months.

He is half way through the challenge, with just a little Covid hiccup!

Race 1 – Colchester Zoo Stampede on 2nd October. Unfortunately Robert tested positive for Covid and was unable to run but his lovely wife Doris stepped in and ran on his behalf. Thanks Doris

The next 2 races are in November

Please join us in wishing Robert lots of luck.