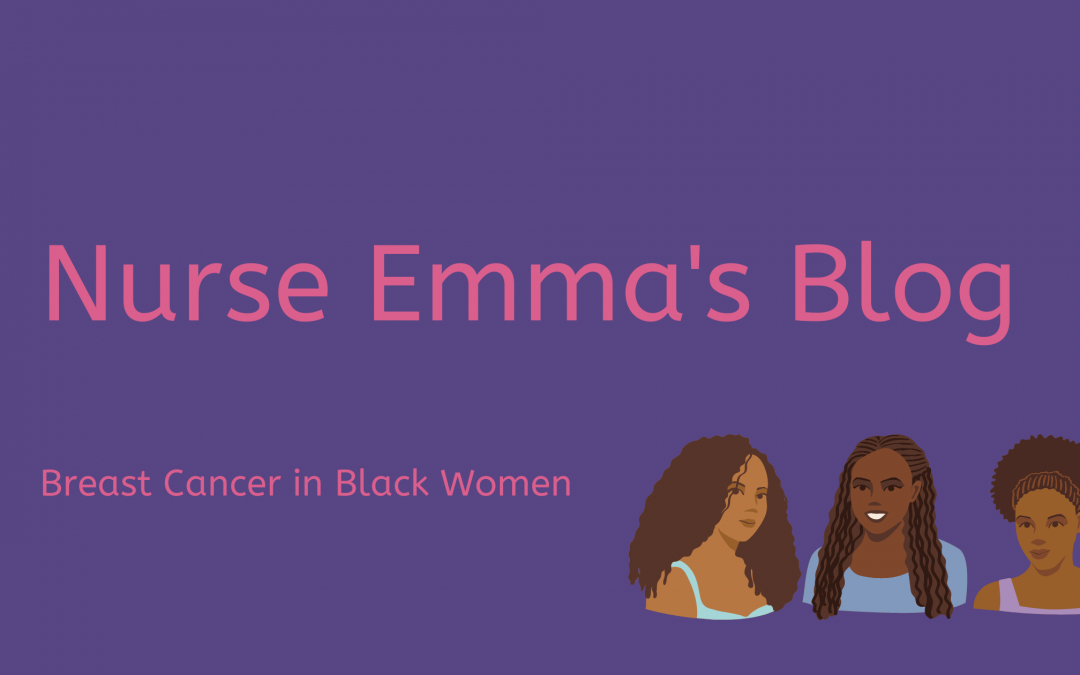 Studies over the last few years have shown a wide gap in the stage of diagnosis between
women of colour and white women. In 2016, Cancer Research UK found that Black
African women are almost twice as likely to be diagnosed with breast cancer at a later
stage than white women. They found that while 13% of white women were diagnosed with
breast cancer at stage three and four, the rates were much higher for Black African women
who were 25% more likely, and Black Caribbean women who were 22% more likely to be
diagnosed with breast cancer at a more advanced stage.
This is the first time information about ethnicity and diagnosis has been released in
England. The hope is that this and future research will help to build a clearer picture of
the reasons behind such differences in the diagnosis of Black and white women.
According to experts, there are many possible reasons, including a lack of awareness
around screening and symptoms. In addition, information about breast cancer has
historically been represented by white, middle-class women. If women of colour aren’t
represented in media and information around breast cancer, then they may not see it as
applicable to them. According to Cancer Research UK, women of colour are less likely to
attend breast screening. Perhaps this lack of representation in information leaflets and
breast cancer campaigns goes part way in explaining this.
A blog by Owise states ‘A study found that cancer awareness and help seeking behaviour
to be low across all minority ethnic groups, with the lowest awareness in the Black African
group. These statistics may be due to a range of different factors, such as the taboo of a
cancer diagnosis, the representation of cancer within certain communities, as well as
religious and cultural factors.’
Natasha Anderson is an Afro-Caribbean woman who was diagnosed with breast cancer in 2018. She founded the Instagram page @blackbaldnbeautiful to raise awareness among
Black women and says ‘I also know, coming from a Caribbean community, that we keep
things like this very quiet and secret — we are raised not to talk about our problems, not
to put all our business, so to speak, out there. It made me think that there must be a lot of
women out there going through this journey in silence and I thought I’m just going to
start my Instagram page and see what happens. There are definitely taboos around cancer
in the BAME community – that’s a fact. When I was growing up, if someone died of cancer
you wouldn’t be told what it was, just some ‘mysterious disease’. Like I say, speaking for
the Afro-Caribbean community, we will often try and stay at home and remedy things
ourselves and not share this information with other people. That’s why I said it was
important for me to put my story out there and I think that more ladies are doing this
now.’
Dr Jodie Moffat, from Cancer Research UK, said: “Information about the stage when
cancers are diagnosed in the UK has greatly improved in recent years, and it’s vital the
data continues to be collected and analysed. While there are still gaps, this information
provides a useful insight into which ethnic groups are more likely to be diagnosed with
late stage cancer. It’s difficult to know exactly what would be behind any differences, but
there are likely to be a range of reasons, including possible differences in tumour biology,
awareness of symptoms, barriers to seeking help, attitudes to cancer and breast screening
attendance”.
Medical research findings from the American Cancer Society support the idea that
biology plays a role. Black women have been found to be disproportionately affected by
the more aggressive breast cancers triple negative breast cancer and inflammatory breast
cancer. Black women are also more likely to be diagnosed at a younger age as well as at a
more advanced stage of the disease. The American Cancer Society suggests there may be
other factors related to risk since Black women are statistically more likely to have other
health issues such as diabetes, heart disease, and obesity—all of which can raise the risk
of breast cancer.
The data collected for the study shows that most breast cancers are still diagnosed at an
early stage, across all ethnic groups, which is encouraging but it is still important to
continue to raise awareness of breast cancer symptoms to enable diagnosis as early as
possible.
Any breast changes including lumps, dimpling, puckering, nipple changes, discharge,
bleeding, change in size of position of the breast must be checked by a GP without delay.
It is also vital to attend screening when invited.
Mammograms are offered to all women in England aged 50-70. Women over 70 won’t
receive automatic invitations but can still arrange them by contacting their local breast
screening unit.
The key is to be breast aware and know what symptoms to check for. This is the same for
every one of us regardless of our ethnic background. If you would like any information on
how to self-check and learn the signs, please contact us at Lady McAdden.